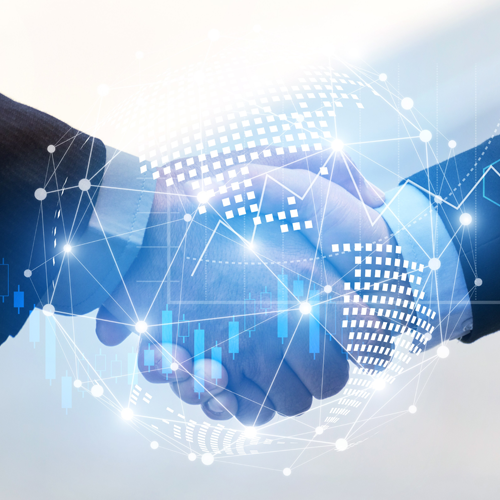 Several facets of the construction sector have been wedged with the COVID-19 pandemic. Construction companies are threatened with new anxieties around the safety of the workers. The construction consumers are pulling out projects orpostponing them.  Local as well as state governments have ordered a halt to most of the construction activity. Several contractors and subcontractors are also working out how they will meet their financial commitments until the work ramps up again.

The unprecedented time has alsoquestioned the kind of relief the contractors will find in their construction contracts from concerns about the pandemic.

Recently, the American Institute of Architects conducted a webinar in an endeavor to provide answers with the ‘A201- 2017 General Conditions of the Contract for Construction’ form as a guide. Even though thedocuments match the agreements between an owner and a contractor, it has been likewisemerged by reference into other documents such as the AIA’s A401 – 2017 Standard Form of Agreement between Contractor & Subcontractor.

Apart from the key AIA contracts, construction companies are also making use of enhanced versions of AIA contracts from ConsensusDocs, the Design-Build Institute of America, and others. Significantly, the contractors should review their contracts to ensuretheir terms.

Here are the top 4 Techniques of Inferring Construction Contracts amidst Coronavirus:

The clauses provide respite from contractual obligations during unusual & impactful situations. However, when they are scarcely written and enlist specific events as causes for ‘force majeure’ (unforeseeable circumstances that prevent someone from fulfilling a contract) claims, it’s less likely that they will include pandemic-related issues.  These clauses don’t necessarily have to use the phrase “force majeure” fordelivering the same relief. During the pre-coronavirus landscape of the construction cases, the applicability of a force majeure provisions occurred just three times. The question that throttles many is that whether all will get akind of blanket for not meeting project deadlines. Well, without a court rule, you can’t have a precedent for the impression of an epidemic. According to Attorney Michelle Schaap, New York City-based Chiesa Shahinian & Giantomasi informed that while drafting a contract, she captures as many possibilities, including modifications in the law, which would embrace government-mandated shutdown.

Even if the COVID-19 epidemic was not expected and has forced them to be at best, by operating under hardsituations, contractors should follow notice requirements and other contract terms, as per Germano during the AIA webinar.Contractors that establishthe fact that there should not be anyallowances, document Jobsite activities and reasons for delays, and meet all notice requirements in writing are in a better position for proving how the pandemic wedged their actions than those assuming thatwhole thing will just work out.

According to Chuck Taylor, the director of operations for Englewood Construction, based in the Chicago area, said that it has been in persistent communication with clientele, who, for the most part, have understood when it comes to probable delays from the epidemic. Nationwide, the general contractor deal with over 20 projects that are still in progress, and about 15 out of them have been shut down either by the state or by the local authorities.

Nevertheless, the company still follow up in writing on all construction projects, according to the contract for creatinga legal record. The same holds good for the communication with Englewood’s subcontractors. Since the COVID-19 outbreak, the general contractor has used the notice provisions in the subcontractor agreement for eliminating a substitute that would not work till the project was cleared of all other trades, even if Englewood had executed social distancing & personal protective equipment protocols. This was probably the last resort as using the second-lowest bidder as a replacement, enhancing the cost of a project.

With the exception of a compulsory shutdown, construction contractors that are endorsed to continue working have accountability to reduce damages to the owner. Contractors should lessen the damages sustained by the owner. If a contractor’s labor costs increase due to the shortage of a skilled trade,  but compensating the extra money would get the needed workers onsite and provide the contractor with the prospect to seek a contract sum amendment, in all possibility, the contractors have to do that or surrender the right for recovering damages. Contractors should not be engrossed in the drama of the pandemic & lose sight of their contractual responsibilities, while customers can point toward other contractors living up to theirs.

Owners have the right to dismiss the work for their convenience but the contractors can end their contracts if shutdowns last for a long time. Owners can dissolve ties for any reason, but they have to pay for the contractor’s latest costs and other fees delineated in the contract. Contractors can end a contract for several reasons, including the fact that they are kept on the sidelines for a long time. According to the AIA 201- 2017 document, a contractor is allowed to end the contract if work gets stopped for about 30 consecutive days or a total of over 100% scheduled completion days or 120 days in 365 days, at no accountability to the contractor.

It’suncertain, whetherthe contractors would terminate the contracts or not but under specificcircumstances, they might want to consider the opportunity.An unchanged AIA contract can allow a contractor to request proof that the owner has satisfactorysupportaligned to complete the project. During the project shut down, the owner could have taken a major hit business-wise from the epidemic or lost a construction loan. The owner could be on the threshold of bankruptcy, as per the industry.

In general, these are uncharted waters for those who like to interpret how COVID-19 eventually will impact the construction agreements.The optimism is that humanity will enter into how the contract is getting inferred. However,everybody’s humanity should come into play. It should be present in every step of the food chain, so that if one person says, ‘I don’t care,’ other people will consequently be impacted.